Tuesday, 21 September 2021
You are here: Home The Journey to Become the Queen of Chan Lap of Princess Ngoc Van

Princess Ngoc Van is one of the princesses who had the greatest influence on the history of Vietnam. In 1620, she was given in marriage to the King of Chenla and became the queen of this country. 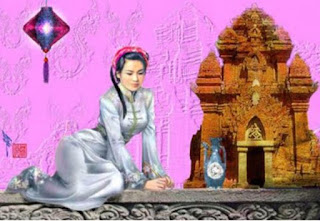 Princess Ngoc Van, whose full name is Nguyen Phuc Ngoc Van, (her date of birth and of death are unknown), is the second daughter of Lord Sai Nguyen Phuc Nguyen (ruled the country from 1613 to 1635). The historical context of this time was that, although the Le dynasty was still the official dynasty, the real power lied in the hands of Lord Trinh in Dang Ngoai and Lord Nguyen in Dang Trong. Therefore, some of the documents referred to her as “Công nữ” (Lord’s daughter), not as the Princess (King’s daughter).

In 1620, Ngoc Van got married to King Chey Chetta II of Chenla country and became the country with the title of Somdach Prea Peaccayo dey Preavoreac.

Thanks to this marriage, the amity between the two countries was good so that Lord Nguyen can put the force in order to deal with Lord Trinh in Dang Trong. At the same time, this marriage also created more opportunities for Vietnam to expand the territory to the south. 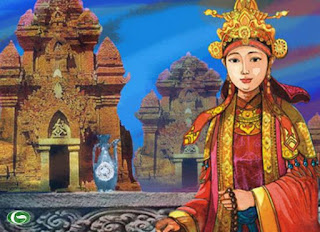 Before getting married to the King of Chenla, Ngoc Van princess was famous for being a beautiful and talented girl. The Princess had engaged with Tran Dinh Huy, a handsome, both scholar and a warrior young man, the son of a heroic lineage, close to Lord Nguyen.

However, because of the safety of the country, Princess Ngoc Van accepted to put her own love aside and marry the King of Chenla.

King Chey Chetta II (Sultan of Chenla country) hoped that this marriage would expand the relationship of two countries, also make a strong fulcrum of military and political security for his country.

The Queen (Princess Ngoc Van) brought many Vietnamese people to the country of Chenla and gave them vital positions on the court, she set up a workshop and opened many stores near the capital.

Especially, in 1623, the ambassador of Lord Nguyen went to Oudong and requested to build a tax department in Prey Nokor (ie. Saigon today) and put here a commodity tax base. King Chey Chetta II approved this request, and the court of Thuan Hoa encouraged Vietnamese migrants came here to do business with the reason to help Chenla government maintain the peace, also sent a general to Prey Nokor.

In 1928, King Chey Chetta II passed away. After that, Chendla politics witnessed an intense volatility because of the competition to gain the throne. 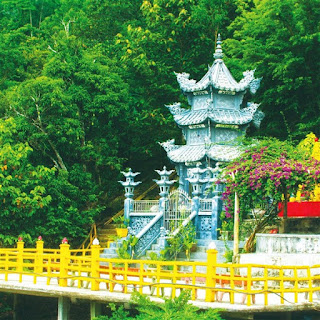 Despite losing two children, Princess Ngoc Van still remained her Queen mother position. After more than 50 years living in the court of Chan Lap, the Empress Ngoc Van followed the king Ang Non to rule the land of Saigon today. Then, she retired to live in Ba Ria. Here, she founded Gia Lao Pagoda in Chua Chan Mount, Dong Nai and lived for the rest of her life.